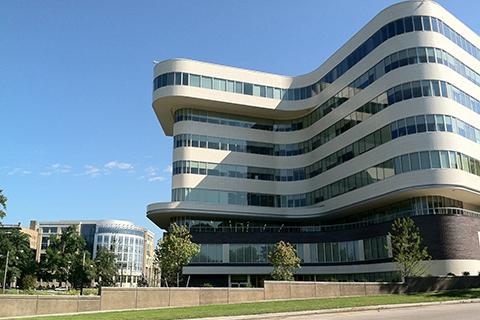 The Department of Veterans Affairs entered into contract with IMS Contracting for the construction improvements at the VA’s facility located in Cleveland, OH. referred to as the Pharmacy Expansion project. After having been awarded and partially complete by a previous contractor the said Contract, was later terminated for default. IMS was then contacted for detailed pricing on all remaining work and awarded a “completion contract” for the project.

Project consisted of all labor, materials, equipment and supervision to complete the tasks but not limited to: demolition; rough and finish carpentry; framing installation; doors and hardware interior walls, ceiling and floor finishes; utility coordination, elevator re-programming, fire protection; HVAC ductwork and, controls; electrical power and lighting, security systems and telecommunications. All work was scheduled and done during off hours due to extremely high patient traffic.